These are approximate recreations of the discussions in the conversation group, with protections for participants such as anonymity, and the removal of specific, identifying details. The quotes are not actual quotes, but are recollections of mine that reflect the various twists and turns of the conversation. 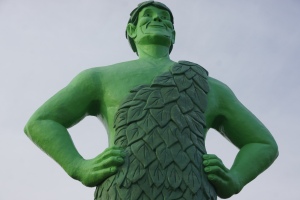 “Personally, I hate being stereotyped. It’s not just irritating, it’s hurtful. I know I shouldn’t care, but it just bugs me and I don’t even know why, to be honest. The other day, I had a small fender-bender. I walked out of the car, and this guy unleashes a tirade about how women can’t drive. I’m a horrible driver because I’m a woman? That’s a tired old stereotype I wish would go away.”

“I wish most stereotypes would go away. Probably because they are based on appearance mostly, right? That’s why they can be so offensive. Especially because race, gender, socio-economic status, these are all things people can see—and they THINK signals something about you. They infer things based on appearance.”

“Like those studies that show non-white people are more likely to be stop-and-frisked by the NYPD. There’s some nasty prejudice at work there.”

“I don’t know about that. I’ve been thinking a lot about this lately as I learn about the mind in my studies,” offers a grad student. “Our brains are always taking shortcuts, cutting out stimulus to get to answers more readily. We need shorthand to function, there’s so much stimulus in the world. It made me wonder if we NEED to stereotype to function. Maybe it’s not that the NYPD hates black people, but that it’s some kind of shortcut they are taking to try to get results.”

“I guess that’s one way to think about a stereotype—a shortcut. But that shortcut is based on assumptions about someone else. That’s dangerous. I definitely try to be careful with assumptions in my life—and isn’t stereotype just an assumption?”

“Stereotypes ARE like assumptions, and in my experience, assumptions are almost never right.” says an older woman, nodding emphatically.

“Is every conclusion you jump to a stereotype?” I ask.

“No. But they have the potential to be. If they are based on gender, race, religion, sexual orientation, any of that, then that’s a stereotype.”

“Like when someone comes up to me and asks if I like kimchi, it makes me mad,” says an Asian woman in her early 30s. “I want to be like, ‘no!’ even though I do like kimchi. They assume I like it for the wrong reason.”

“Was it someone you knew well?” asks someone else.

“Well, what if a friend asked you that? Someone you had known for years?”

“I don’t know. I guess I would just answer the question, then. It wouldn’t be a stereotype based on my race anymore, on a first impression, it would be a legit question.”

“So how well you know a person actually determines whether or not it’s a stereotype?” asks someone else, to nobody in particular. Many people nod quietly.

“Whether an Asian person likes kimchi or not might not be as offensive as other stereotypes,” someone else picks up the thread. “Like, at least that person didn’t ask you about your Tiger Mom or whether or not you were a communist or something.”

“That’s a good question—are all stereotypes equally bad?” I ask. “Are some not ‘bad’ at all?”

The group pauses to consider this.

“What if you assume someone is studious because they are Jewish? That’s not a negative per say. It’s a positive thing to be studious. But if you say Jewish people are greedy, then that would be much more negative,” says a young woman.

“It depends on how you say it, you know? ‘Have a nice day’ can sound sunny and positive from one person and mean if it’s said with a sneer. If someone generalizes and says that all Jewish people are smart with a negative tone, then it’s negative, not positive at all.”

“But what if an somebody is part of the gender, race, religion, they are talking about? Like, what if a woman driver makes fun of woman drivers?”

“Then it’s funny. Margaret Cho does a lot of jokes about Asian people.”

“Right,” interjects a women with graying streaks in her hair. “I don’t know why we are acting so serious about this. I mean, every comedy show on TV uses stereotypes. And we laugh at them then, like Family Guy or something. They had a whole show about Christians and Jews, and the Christians had nuns with rulers and the Jews were good at math. I laughed.”

“Probably because you weren’t a part of one of those groups,” someone countered.

“So, if you are part of the community, it’s OK to use stereotypes, but if you aren’t, watch out?” I ask.

“I was just thinking,” said someone who had been quiet to this point. “What are stereotypes doing to how I perceive the world? What am I missing out on? If I see a woman walking who looks wealthy, made-up, and beautiful, am I making the assumption she is shallow, that she isn’t into politics or literature? Am I using stereotypes to rule out wanting to interact with her?”

“That’s a good point. The other day, a disheveled older man approached me on the street saying, ‘ma’am, ma’am,’ and I assumed he was a homeless person asking for money. So I ignored him and sped up. Finally, he stepped in front of me with a dog biscuit in his hand, and asked to feed it to my dog. I felt so stupid—this man wanted to give my dog something and I treated him badly.”

“But that doesn’t make you a bad person. If there wasn’t truth somewhere behind stereotypes, they wouldn’t exist. You wouldn’t have thought he was homeless unless you’d had similar interactions with homeless folks in the past. You just went with what you knew.”

“What you THOUGHT you knew.”

“That’s just the thing. We walk around and think we know everything based on our past experiences. And that could rob us of so many new experiences, and possibly the ability to connect with people in a more meaningful way. If I make assumptions, I am trying to think quickly to place something or someone into a convenient box—and nobody fits into a box.”

“THAT’s what is so upsetting or disappointing about stereotypes.”

“Yes! Get to know me, you know—don’t be lazy,” says another. “It’s lazy if you think about it. Like not bothering to go beyond the surface.”

“But that’s indicative of our culture. We live here in a city, where people engage in niceties and say ‘how are you?’ without wanting to hear anything other than ‘good.’ We don’t dive much deeper as a culture in general.”

“Hmmm… as soon as you spend a significant amount of time with someone, you can’t have any stereotypes about them anymore. You see their struggles, you meet their husband or wife or kids—once you know them, you think of them as them. Judy is Judy, not a Puerto-Rican or a nurse or a Methodist. She’s no longer a preconceived notion.”

“Do you fit into ANY stereotypes?” I ask the group.

“I guess maybe some. But there’s a lot that I don’t…” someone volunteers, to break the comfortable silence that settled over the room.

“I drive a Subaru and I’m a lesbian,” says another woman.

The group begins to smile and laugh a little.

“I guess it goes back to what we said about there being some truth in these stereotypes…. But I KNOW I am more than that.”

“That’s right. I’m Jen, I’m not an Irishwoman, or a teacher, or a mom—I am all of those things, but if someone doesn’t know me and buckets me or my behavior into one of them, I’m getting shortchanged as a person.”

“I’m wondering if stereotypes offend because of our strong sense of individuality, our specialness,” I say. “Nobody wants to be lumped into a vanilla group. We work hard at our own identity, and stereotypes take that away.”

“That’s true. And I’d say it happens pretty often to me. I think I am probably stereotyped by people constantly as they size me up. Thankfully, they don’t always speak those stereotypes out loud—but even still, I think about once a week someone really misjudges me,” says a polished blonde woman. “I think they see my clothes, my demeanor, and they think I am a stuck up, superficial. I know those looks when I see them. And I think it has limited me, even people who work with me—they write me off. I think that perception has limited my career.”

“That’s so true. Stereotypes are limiting. They limit all of us, many times from really seeing other people as who they really are, or who they potentially could be in our lives.  And they limit us in ways we want to grow—and in some ways we’ll probably never know. That’s a bit sad.”

“Something to think about,” I say, and conclude the group, as time is up.